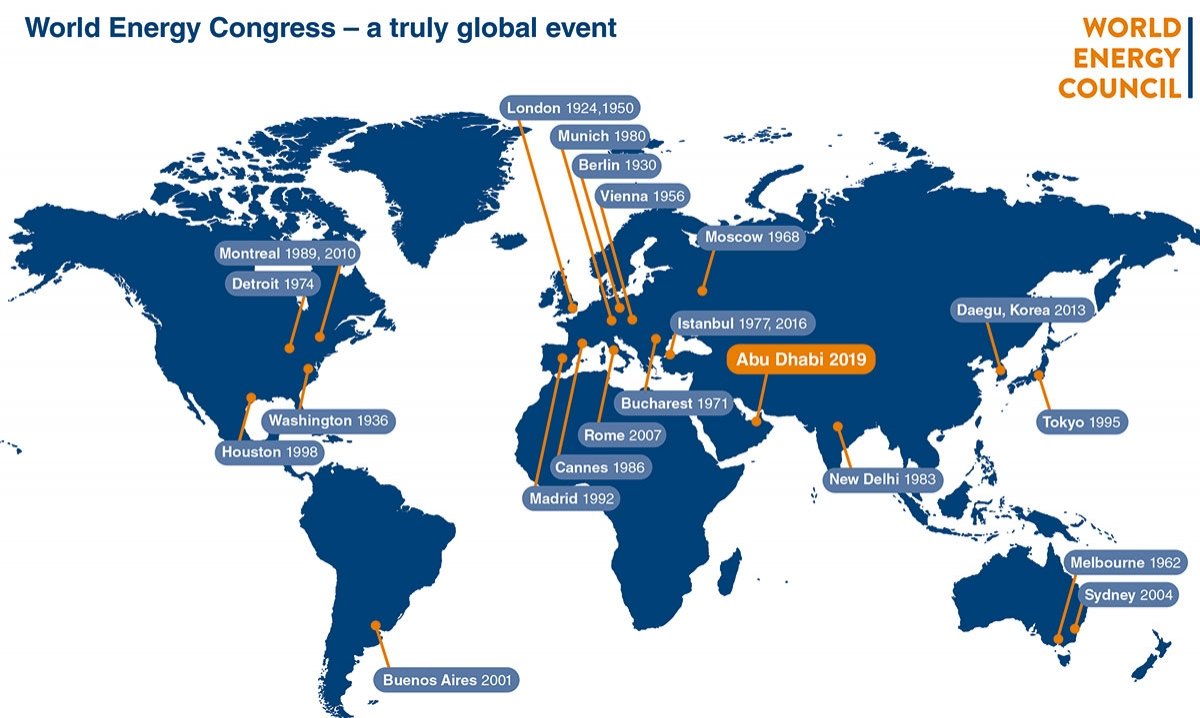 Hosted by the United Arab Emirates, the 24th edition of the World Energy Congress will be held from 9-12 September 2019.

THE ONLY GLOBAL CONGRESS THAT COVERS THE ENTIRE ENERGY SPECTRUM

With over 150 countries represented, it is the world’s largest and most influential energy event covering all aspects of the energy agenda. Running since 1924, the triennial World Energy Congress enables dialogue amongst Ministers, CEOs, policy-makers and industry practitioners on critical developments in the energy sector. As the world’s premier energy gathering, the Congress offers a unique opportunity for participants to better understand energy issues and solutions from a global perspective.

Following a successful international bid that was won by the UAE Ministry of Energy, the Congress in Abu Dhabi is envisioned to be the most successful edition since the event’s inception in 1924.

Held every three years and positioned as the flagship event of the World Energy Council, the Congress is the longest-running and most influential energy event in the world, covering all aspects of the energy sector around the world.

The 24th World Energy Congress aims to bring together international energy stakeholders, including governments, private and state corporations, academia and media. With over 10,000 participants expected, the Congress will attract over 250 star speakers, 50 ministers, 500 CEOs, 500 Media with an exhibition space that will cover 40,000 sqm. 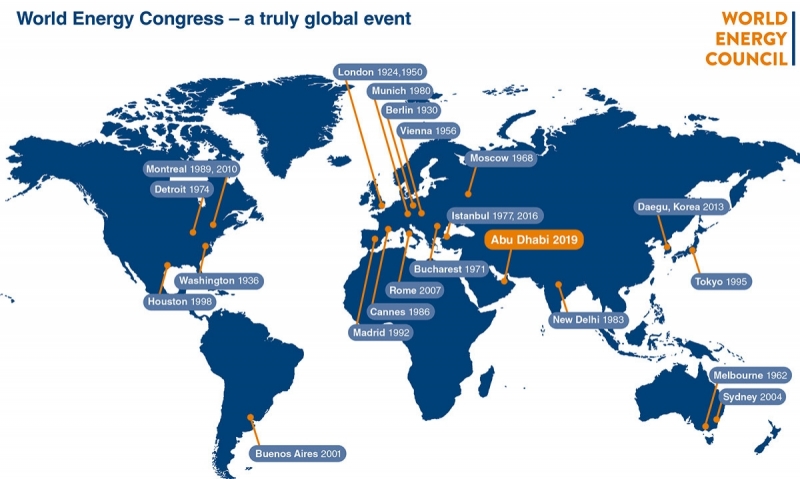 Over the 90-year history of the World Energy Council, the Congress has been  staged in over  20 cities across the world and the 24th World Energy Congress will take place in Abu Dhabi at the Abu Dhabi National Exhibition Centre, United Arab Emirates from 9-12 September 2019.